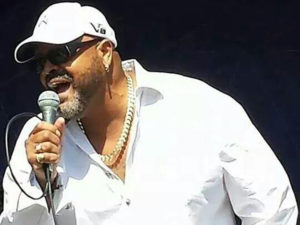 Get everyone on the dance floor with “The Derek Bordeaux Group”!

One of the hottest bands in Southern California, The Derek Bordeaux Group generates energy and excitement everywhere they perform.

For more than 25 years, Derek Bordeaux has performed in Southern California and Las Vegas, becoming one of the most sought after artists for his sultry renditions of Motown classics, Jazz, R&B and Blues standards. The Derek Bordeaux Group does it all!

Other artists in the business that Derek has opened for and/or performed with are; Kool & The Gang, Michael McDonald, Kenny Loggins, The Commodores, Macy Gray, The Beach Boys, The Coasters and Drifters, Al Green, George Thorogood, Buddy Miles, The Shirelles, The Righteous Brothers, Poncho Sanchez, Kenny G, K.C. & The Sunshine Band, The Funk Brothers, Edgar Winter and Bill Medley.

The Derek Bordeaux Group’s show is a high-energy, tight- paced, power-filled night of the most popular songs to ever grace the radio waves. You will feel the soul and hear the passion of this truly great vocalist

This dynamic band is comprised of six very talented musicians: one lead vocalist, and a full rhythm section.

The Derek Bordeaux Group believes that their clients needs are of the utmost importance. The entire group is committed to meeting those needs.