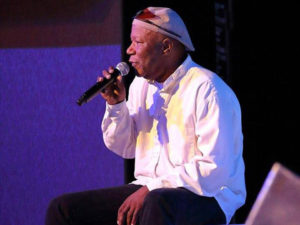 Jeff Johnson’s music career spans over 40 years bringing a mixture of original and cover interpretations that leave audiences always asking for more. He is a multi instrumentalist playing 9 different instruments proficiently and recently played all the instruments on his soon to be released latest work Weather The Storm.

Jeff has performed all over the world, working stages on both land and sea as a soloist for Carnival Cruise lines and featured entertainer in venues both big and small.

He not only has a large song list ranging from acoustic rock ballads to classic rock covers, country tunes and r&b hits, he also does a full band production show with his Tribute to Sam Cooke that has delighted capacity crowds of thousands to standing ovations.

Make sure to catch any of his performances as they are all events to be remembered.