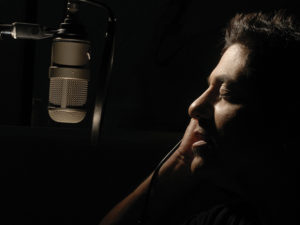 Singer/songwriter Philip Bardowell was introduced to music at an early age. Influenced early on by songwriting greats: The Beatles, Elton John, Led Zeppelin, Stevie Wonder, The Eagles, Queen, Earth Wind And Fire and Bob Marley to name a few.

He taught himself how to play guitar and formed his first band along with “Full House” actor, John Stamos. Already an accomplished pianist and guitarist, Philip found himself on the road backing the legendary surf duo, Jan and Dean as their bassist and backup vocalist. Consequently, Mike Love of the legendary Beach Boys, hired Philip to serve as lead guitarist and vocalist in his Endless Summer Beach Band. By the time he was 25, Philip teamed up with Peter Criss and Ace Frehley of KISS fronting Peter’s band “CRISS” as lead singer and rhythm guitarist after a friend suggested that he audition for the position.

Philip befriended Beach Boy, Carl Wilson, when Carl heard him sing at a birthday party for Beach Boy frontman, Mike Love. It was there that Philip’s voice caught Carl’s attention and prompted Carl to call on Philip to sing his parts as a member of the Beach Boys touring band when he became stricken with cancer. After Carl’s passing in 1996, Philip continued in his role as lead guitarist and vocalist for the Beach Boys until 2001.

Mark and Brian of 95.5 KLOS in Los Angeles invited Philip with his newly-formed band, Day After Rain, to play live on-air as the winner of the Mark And Brian Best Unsigned Artist competition. Philip and his band’s performance on that show prompted T.V. personality, Wayne Brady to call in and invite the band to appear on the Wayne Brady Show. 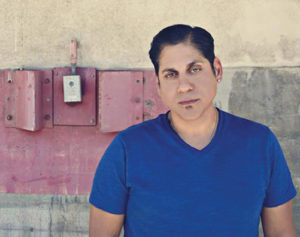 Philip puts his heart and soul into his music

With every song played, you can feel Philip’s passion for the wide variety of the music he can perform. From soothing ballads to the songs that will have you on your feet – you’ll enjoy the, music that Philip puts his heart and soul into.

His voice has often been compared to such masters as Lou Gramm (Foreigner), Don Henley (The Eagles) Sting (The Police) and Bono (U2).

Whether an intimate setting or large event, you will not be disappointed. Phillip gets most of his gigs through word of mouth due to his talent. From singing a “Sinatra-esque” to Classic Rock and so much more, you are in for a real treat!