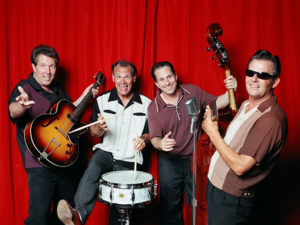 The Amazing Wildcats are dedicated to playing traditional American Blues. You feel the influence of West Coast Jump Blues, Chicago Blues and Texas Blues. Bringing some Southern roots to the mix. Some musical influences stem from the 50’s to R & B, and Chicago Blues Performers, such as Earl King , Magic Sam, and Freddy King