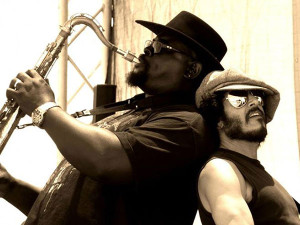 The Springsteen Experience –
A Tribute to the Boss

There has never been an artist who personified the essence and soul of working-class america like Bruce Springsteen. His larger-than-life/ common man image can best be portrayed by another bona fide native of Springsteen’s hometown of freehold, new jersey. Josh tanner is a jersey-grown reincarnation of “the boss” himself. Along with his explosive band, josh delivers an authentic re-enactment of a Bruce Springsteen concert that only relatively few hard-core fans have ever seen… and will never be seen from the man himself again. The cast has the look and sound of the Jersey Shore, as most of them originate from Freehold, Somerville and Asbury Park, NJ, as well as New York city. A Springsteen show is a near-religious ritual, a marathon affair that leaves both audience and performers exhausted and elated. The same powerful, exuberant spirit that Bruce exudes is portrayed to perfection in fellow freehold native son, josh tanner- he’s keeping that fire burning.

The addition of the four-piece Miami horn section makes The Springsteen Experience the premier tribute a non-stop adrenaline rush… a theatrical concert event like no other production in the replica-rock genre today. The Springsteen Experience tribute is a show for all ages and with something for everyone; an event to come back for again and again.

Close your eyes and you will swear you hear Bruce; open them and you’re immediately lost in the illusion. There is only one Bruce Springsteen; but even die-hard fans will be convinced that they’ve seen another.