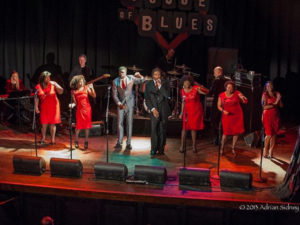 Starting in the year 2001 and continuing to the present, Ray Sidney and Firm Soundation has ministered to audiences of different nationalities, cultures, races, and religious beliefs. They have the unique opportunity and privilege of ministering in song through “Sunday Gospel Brunches”. Initially, they ministered 3 out 4 Sundays in each month at BB Kings Blues Club in Universal City for their Gospel Brunch.  But now they can be seen on a regular basis at the House of Blues, which has locations all over America. Their lively, spirit-filled presentation touches all who open their hearts to receive.  They have even received attention on CNN.com in an article describing how “Sin and Salvation collide in Las Vegas” during the House of Blues Sunday Gospel Brunch at the Mandalay Bay Hotel.

As leader, Ray Sidney expertly maneuvers the song selections to meet the needs of the audience. He also has a wonderful sense of humor, causing the crowd to burst into unexpected laughter.   As stated on CNN.com, he finds the “Amen Corner” in the crowd and even though he keeps the Bible verse quoting to a minimum, it is clear that it’s all about praising Jesus.  In addition to leading this spectacular praise, he is well on his way, establishing a Gospel ministry in Japan, traveling at least twice a year to direct Gospel Music seminars.  Group leader, Ray Sidney has a love for people and ministry.  He volunteers the group to sing every Thanksgiving to minister to the homeless and under-privileged who are bused in to the House of Blues.  In addition, he volunteers his time to direct a children’s choir in Watts and an International Choir in Long Beach where most of the members are college students at Long Beach State University.

The level of talent represented in the group is evident when you look at some of the major artists they have been blessed to share the stage with as a group and on an individual basis:  Stevie Wonder, Aretha Franklin, Andrea Bocelli, Michael Buble, Keith Richards, Nora Jones, Lou Graham, Donald Lawrence, Kim Burrell, Carmen, Ted and Sherry, Tonex, Michael Sembello, Kenny Loggins, and Richard Carpenter.  In 2009 some members were blessed to travel to Europe with their musical messages, visiting Slovenia and Belgrade.  They also recorded back ground vocals on the song, “Let it go” written by singer, writer, and actor Jacky Cheung from Hong Kong.

This group could also be considered “A Family Affair” as 2 members are brother and sister: Ray Sidney and Susan Sidney-Massengale and one neice, Maree Reed, brother-in-law Eric O’neal with the remaining members being dear friends: Sandy Adams, Stephan Gibu, Ivan Hicks, Tasia Woods, Tenderly Lavender, Dave Clark, Danisha Johnson, Alexandra Taylor, and Sunnie Paxson.  The love they have for one another is evident when they minister! 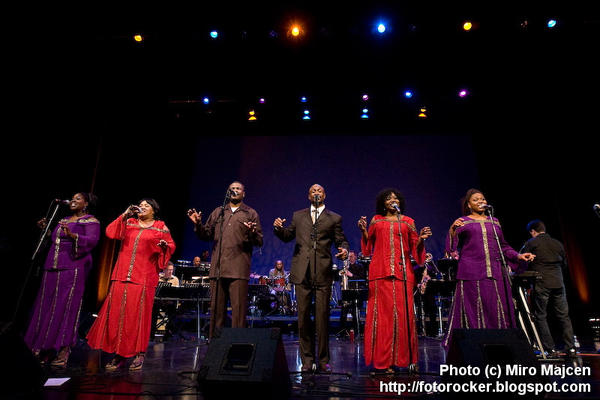