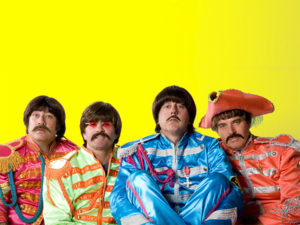 This Beatles Tribute Show has traveled to 33 countries and over 26 states. They can be seen at Disneyland, Disney Entertainment, on board four major cruise lines, and at theaters and casinos all across the U.S. Hear the hits from the Ed Sullivan Show through the colorful Sgt. Pepper’s years and onto the rooftops of Let It Be performed with “spot on” vocal, look and sound alike ability.

“Guaranteed to bring audiences the most precise experience of The Beatles as humanly possible”– Disney Entertainment
“Heads above the Beatles shows I’ve heard !”-Eagle Press Cleveland, Ohio
“Sensational show for all ages” Arizona Daily Star
“Remarkably authentic ! Amazing vocals !”– Bloomingdale (Chicago) Times
“Don’t miss the Paperback Writer Show, a true Beatles Experience”– A good time will be had by all! 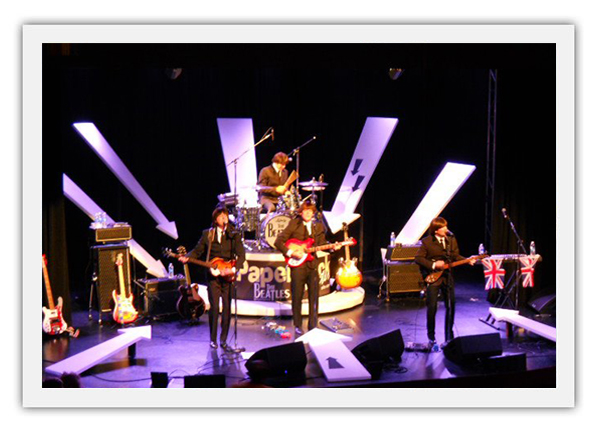