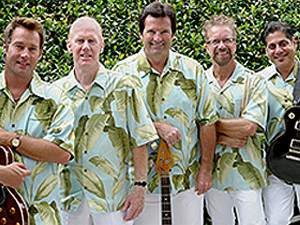 The SURF CITY ALLSTARS are the only band in the world to have played and sang lead vocals in both the Beach Boys band and the Jan & Dean band. Why hire a lesser tribute band when you can pay about the same price for the best singers from the Beach Boys?

The SURF CITY ALLSTARS were taught their vocals by Original Beach Boys Mike Love and Brian Wilson. Original Beach Boys Al Jardine and David Marks still tour with the Allstars. Read the quotes below by these original artists who created the greatest surf music hits ever recorded:

LEGENDS OF SURF MUSIC
For an additional fee, Original Beach Boy Al Jardine, Dean Torrence of Jan & Dean, and/or Original Beach Boy David Marks in any combination may be added.
“The SURF CITY ALLSTARS sound as good as the Original Beach Boys EVER did!”
— Beach Boy AL JARDINE / Hershey Center Arena, Toronto, Canada
“I love performing with the SURF CITY ALLSTARS. They are the best Beach Boys band on the planet”
— Beach Boy DAVID MARKS / Hawthorne High School fundraiser concert
“I have worked with the SURF CITY ALLSTARS for 30 years! Nobody performs the hits of Jan&Dean and the Beach Boys as great as they do”
— Jan&Dean’s DEAN TORRENCE / Mayfest, North Myrtle Beach, SC
The Surf City Allstars will entertain your group with such audience participation segments as their famous “Air Guitar” contest, where the band gives away a brand new, autographed Fender Squier Stratocaster guitar; the “Wipe Out Contest” where audience members get a chance to play the famous drum solo with the Allstars and win autographed drumsticks and a T-shirt; our “Dance Contest” where CD prizes are given away; and even a “Hula-Hoop Contest” where we give away more CDs and a DVD. It all adds up to one great time for your audience in the best Beach Party experience that there is. The Surf City Allstars also bring the finest oldie’s dance tunes to round out their engagements so everyone can dance to their favorite songs and have fun.