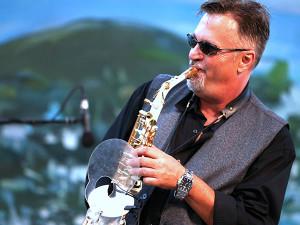 “Whether blowing a tenderly passionate soprano sax, firing up his exciting and playful alto, or edging into a more aggressive stance with his brilliant technique on tenor sax, Greg Vail is a show stopper nonpareil, and one of the most dynamic saxophone players on today’s instrumental scene.” – Jonathan Widran (National Jazz Author)

Originally taught by his grandfather, Greg began playing the saxophone at 6 years old. After graduating with a BA in Music from Long Beach State in 1984, Greg toured extensively with smooth jazz super-group Kilauea, Peter White Band and later the Rob Mullins Band.

Through out the last few decades Greg has made musical appearances on BET Jazz, History Channel, Fox News, TBN, local network news and cable shows and a national commercial for Time Life Records promoting the renowned Sax by Candlelight and Sax by Moonlight CD’s which sold in the millions worldwide.
Greg has worked with some prolific names in the jazz, contemporary jazz, pop, and Christian music scenes over the last few decades as well as recording six solo instrumental CD’s with a discography of 100’s of CD’s in varied genres to date.

Greg Vail is a world-class saxophonist that has worked with an ‘A-list’ of artists over the past 30+ years as a professional musician. He has recorded and/or performed live with Elton, Chaka, Toto, Earth Wind and Fire, Weezer, Josh Groban, Jason Mraz, Natalie Cole, Al Jarreau, Michael McDonald, Smokey Robinson, David Pack of Ambrosia, Evelyn Champagne King, Brian Wilson, and Al Stewart just to name a few well-known artists. Vail has released 6 CD’s as leader along with a million selling series of love songs released on Time Life/Warner and has been working with the biggest names in Christian/Gospel and Smooth Jazz over the past 3 decades. 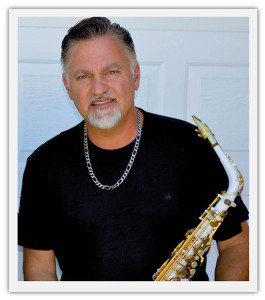