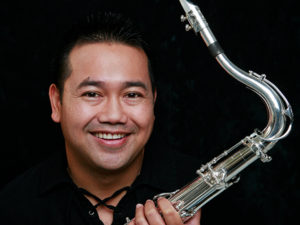 With numerous film and television credits and dozens of other recordings under his belt, award-winning saxophonist, composer, and arranger Paul Navidad maintains a busy schedule.

The California native has performed with a diverse list of musicians from Al Jarreau to Tennessee Ernie Ford, has opened for comedians such as Jay Leno, Rich Little, and Jamie Foxx and has been heard on numerous soundtracks of films and television shows, including most notably NBC’s Emmy-nominated Friends.

Currently in demand as a performer and writer, Paul works worldwide. He can be seen performing at a number of Southern California jazz clubs with the likes of such artists as Wilton Felder, Jeff Kashiwa, Eric Marienthal, and Rob Mullins.  His skills as an improviser have earned him the praises of such jazz greats as Gerald Albright, Alan Broadbent, Buddy Collette, Dewey Erney, Kim Richmond, Bud Shank, and Bill Watrous, and have earned him the recognition of the International Association of Jazz Educators as an Outstanding Soloist.

“The catalog of A-list artists who Navidad has assisted in making their music is remarkable by anyone’s standards.”
— Thomas Erdmann, Saxophone Today
“[Paul] elevates the game to a new level.  No matter how good or bad the band is, he takes it up another notch.”
— Scott Strecker quoted by Crystal Nguyen, Coast Report
“For one still so young, it’s amazing how much Navidad has already accomplished.”
— Thomas Erdmann, Saxophone Today
“A spin around [Carole] King’s songbook affords musicians a gamut of pop styles, with diverse standards such as Jazzman, which gets a nice solo from sax player Paul Navidad.”
— Jeff Rubio, The Orange County Register
“The audience gave a standing ovation for the closer, Amazing Grace, [arranged and conducted by Paul Navidad] played in a solemn spirit and then a nice, swinging, hard shuffle to finish the dedication and appreciation to Dr. [Charles] Rutherford.”
— Glenn A. Mitchell, L.A. Jazz Scene 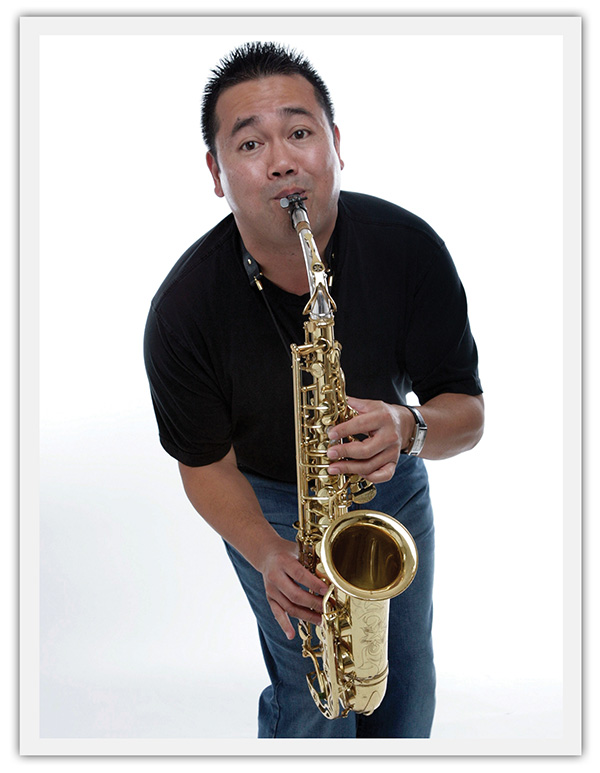