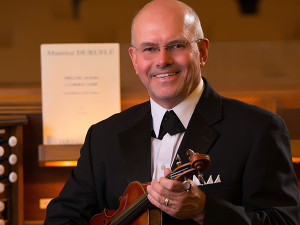 Norm, violinist, is a real pro! He has performed around the world, from Brunei with Barry White’s “Love Unlimited Orchestra” to Taiwan, performing music from “Titanic.” Norm is equally talented at classical, pop, country, and jazz violin. He was a founding 20-year member of Pacific Symphony Orchestra and Opera Pacific. Norm played in the Laguna Beach Pageant of the Masters for 6 years, and performed in the musicals, “Beauty and the Beast,” and “Sunset Boulevard,” in Los Angeles. He composed and played a country violin solo for the television show, “Walker Texas Ranger.” Norm has performed with artists, such as Aerosmith, Michael Jackson, Neil Diamond, George Harrison, and more. He has played on movie soundtracks such as, “Finding Nemo,” “Mission Impossible 3 & 4,””The Incredibles,” “Independence Day,” and many others. Norm has been concertmaster for cartoons for Disney and Warner Brothers.

Norm plays in duos, trios, and quartets, as well as solo, including strolling. He is a skilled electric violinist, and is known for his masterful improvisations! Norm provides highly polished, professional, performances for all your musical needs, including: parties, weddings, fund-raisers, corporate banquets, shows, and more.

Norm has a BM and MM from California State University Fullerton. Besides his vast experience as a performer, he is sought after as a coach for colleges and orchestras. Norm’s engaging spirit will…