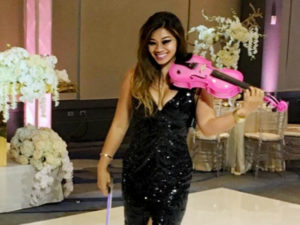 Yennie originally came to Los Angeles in hopes of pursuing a career in playing the violin. However, she didn’t want to just play standard music, she wanted to create something that stood out and left an impression. Growing up playing classical most of her life, she also loves other styles of music from around the world. She decided to incorporate her love of other styles with her classical upbringing. Her idea was to take her classical influences and combine them with the contemporary modern genre.

She was able to find ways to be able to express her appreciation for music from her background and create a universal connection from the present to ultimately make it the sound of the future. Through the years, Yennie has gained her reputation as a renowned and well respected Electric Violinist. Known for her ability to play in a variety of contemporary genres such as Pop, Hip Hop, Electronic/House, Trance, Rock, and Lounge, she also has the ability to play a variety of different styles of world cultures such as Persian, Israeli, Armenian, Spanish, and Russian,

She has been highly recognized in the Electronic/Pop and Dance scene and has been playing at Clubs and Theaters around the world. Yennie has graced the runway for Christian Audigier, modeling and performing the violin in style and class nationwide and even performed for the highly regarded Washington Performing Arts Society (WPAS) in Washington D.C. Yennie has entertained for companies such as Tiffany & Company, Herbalife, Asian American Architect & Engineers Association, Microsoft France, Sony Playstation, Ed Hardy Fashion Show, PETA, The Royal Family of Dubai, Porsche, Aston-Martin, Moet Champagne, Kia, Max Mara, Infiniti of Beverly Hills, LinkedIn, DUMA for Africa in Nairobi, Kenya, and has worked for hit television series ‘My Fair Wedding’ with David Tutera, to name a few. 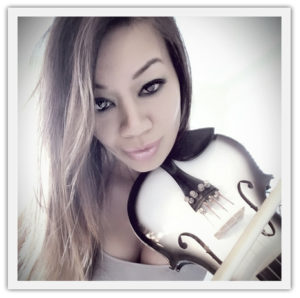